A venerable hot spring with a history of 1,400 years.

The hot spring first revealed itself as bubbles in a pond. The villagers are said to have soothed the injured legs of their horses in the hot-spring water. However, due to frequent floods, the hot spring was buried. During the hundreds of years that followed, many people tried to dig it out, but all attempts failed. The story goes that in 1836, when a man called Gensuke living in Raimaru Village heard a prophecy uttered by Yakushi Nyorai, the Buddha of Medicine, the spring was finally uncovered. It is said that when Gensuke dug up the pebbles shown in the photo, hot-spring water started gushing from the ground again. 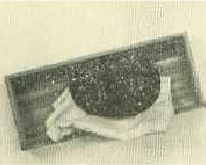 A treasure-trove of food from the Sea of Japan,
Mt. Hakusan, and Kaga Plain.

As the hot spring is close to the Sea of Japan, the area around Mt. Hakusan, and Kaga Plain, you will be able to enjoy a wide variety of fresh, local food.
Seafood such as Hilgendorf’s saucord (a type of rockfish), male snow crabs and pink shrimp, sweetfish, char and wild vegetables from the Mt. Hakusan area, and Kaga vegetables and rice from the Kaga Plain are some of the many regional specialties to choose from. And don’t forget to enjoy the local sake! 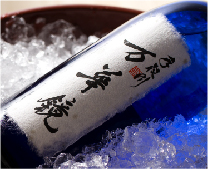 Tatsunokuchi Onsen is convenient for sightseeing in Kanazawa.

We are located only a 30- to 40-minute drive from attractions such as Kenrokuen Garden. Moreover, from JR Kanazawa Station, which is on the Hokuriku Shinkansen Line, you can take a 10-minute train ride to nearby Matto Station. Recover from the fatigue of traveling at the hot spring, and make the most of your trip to Kanazawa by enjoying the city’s delicious cuisine. 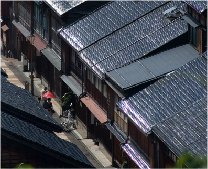 As the spring is high in sodium, it is effective for relieving fatigue and sensitivity to cold. It is also known for its benefits to the skin and beautifying properties. 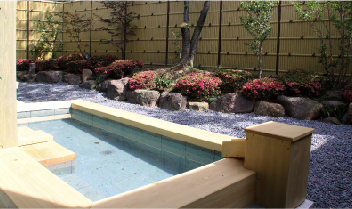 The hot spring is open to everyone for daytime use.
There is also a footbath nearby.
Tatsunokuchimachi, Nomi-shi, Ishikawa nu 3-1
Tel: 0761-51-2183
HP:Satoyama-no-yu Public bath 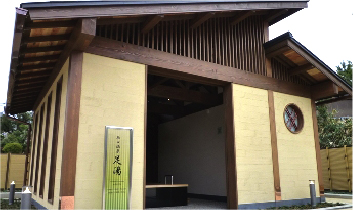 The footbath is located along the walking path near the public bath. Take a break from walking.
13 Tatsunokuchimachi, Nomi-shi, Ishikawa
HP:Tatsunokuchi Onsen Foot bath 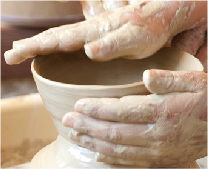